Asana (NYSE:ASAN – Get Rating) last released its quarterly results on Wednesday, March 9. The company reported ($0.48) earnings per share for the quarter, missing analyst consensus estimates of ($0.43) by ($0.05). The company posted revenue of $111.95 million for the quarter, versus analyst estimates of $105.18 million. Asana had a negative return on equity of 158.77% and a negative net margin of 76.19%. The company’s quarterly revenue increased by 63.7% compared to the same quarter last year. During the same period of the previous year, the company posted an EPS of ($0.32). As a group, equity research analysts expect Asana to post EPS of -2.15 for the current fiscal year.

About Asana (Get a rating)

Asana, Inc, together with its subsidiaries, operates a work management platform for individuals, team leaders, and executives in the United States and globally. It provides a software-as-a-service work management platform that enables individuals and teams to work faster while improving employee engagement by allowing everyone to see how their work relates to the mission of an organization. 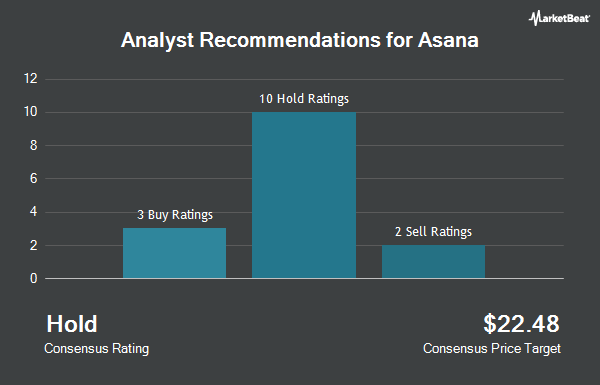 Get news and reviews for Asana Daily – Enter your email address below to receive a concise daily summary of the latest news and analyst ratings for Asana and related companies with MarketBeat.com’s free daily email newsletter.